West Georgia Woman Magazine received first and second place in the state for the second year in a row in the category of “Best Magazine: Original Writing,” in its division at the Georgia Press Association’s (GPA) 2021 Better Newspaper Contest Awards.

Because West Georgia Woman magazine has the highest print circulation among members of the Georgia Press Association in the West Georgia area, it was included in the “Division A,” magazine and advertising competitions, competing against considerably larger media companies such as the Marietta Daily Journal, Brunswick News, Savannah Morning News, Gwinnett Daily Post, Rome News Tribune, The Telegraph Macon and more.

Judging was independently carried out by members of the South Carolina Press Association. The contest included submissions from 49 newspapers and magazines from across the state of Georgia.

“A Warrior for Lupus,” written by Angela Dailey, was included in the May 2020 issue and won first place in the state of Georgia for Best Magazine: Original Writing, Division A.

“Hope for the Future,” written by Angela Dailey, was included in the June 2020 issue and won second place in the state of Georgia for Best Magazine: Original Writing, Division A.

Awards for all newspaper entries statewide regardless of division:

PrevPreviousCason Elected Second Vice President of GMA District 4
NextReserve Your Tickets for The Ultimate West Georgia Women’s Extravaganza Saturday, May 21, 2022Next
See All Of Our Featured Articles

This site uses Akismet to reduce spam. Learn how your comment data is processed.

Sign up for our free digital issue and have West Georgia Woman sent directly to your inbox each month! 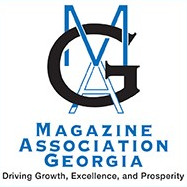